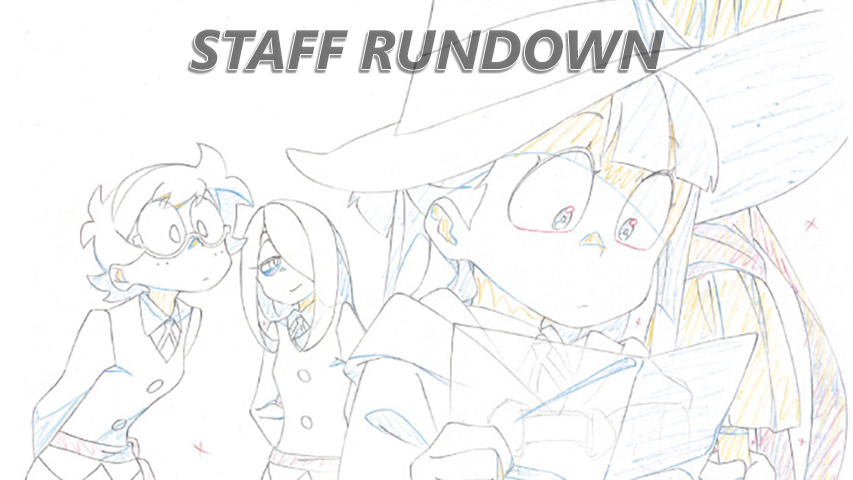 Welcome to a new regular feature on the SakugaSakuga (作画): Technically drawing pictures but more specifically animation. Western fans have long since appropriated the word to refer to instances of particularly good animation, in the same way that a subset of Japanese fans do. Pretty integral to our sites' brand. Blog! After buying all sorts of magazines and scrutinizing social media, we’ll be pointing out episodes of ongoing anime with interesting staff and thus lots of potential for you to look forward to; the best episodes don’t happen by chance, as all productions try to give the strongest material to their most capable people. Things do fly under people’s radar all the time of course, but these are some episodes you should definitely watch out for!

We plan on making these writeups monthly. Expect them about a week earlier than this one, around the dates anime magazines are released as those are still the main source of information.

migmi is also doing a shit ton of work on Gintama., he/she/it is on Sunrise now, after the finishing of Hunter x Hunter 2011, while his peers are now on Studio VOLN and M2 producing? Idol Jihen and Onihei [Hiroyuki Yano SB’d OniHei #2].

I guess that i have to resume Tiger Mask xD. The staff that they are giving to it is quite interesting.

“Takuyama” I think you made a typo.

Too many yamas in the brain. Fixed!

I hope you don’t think I was being mean.

If I got angry at everyone who points up a typo I don’t think I’d have any friends anymore, don’t worry.

Oh good. Thanks for understanding.