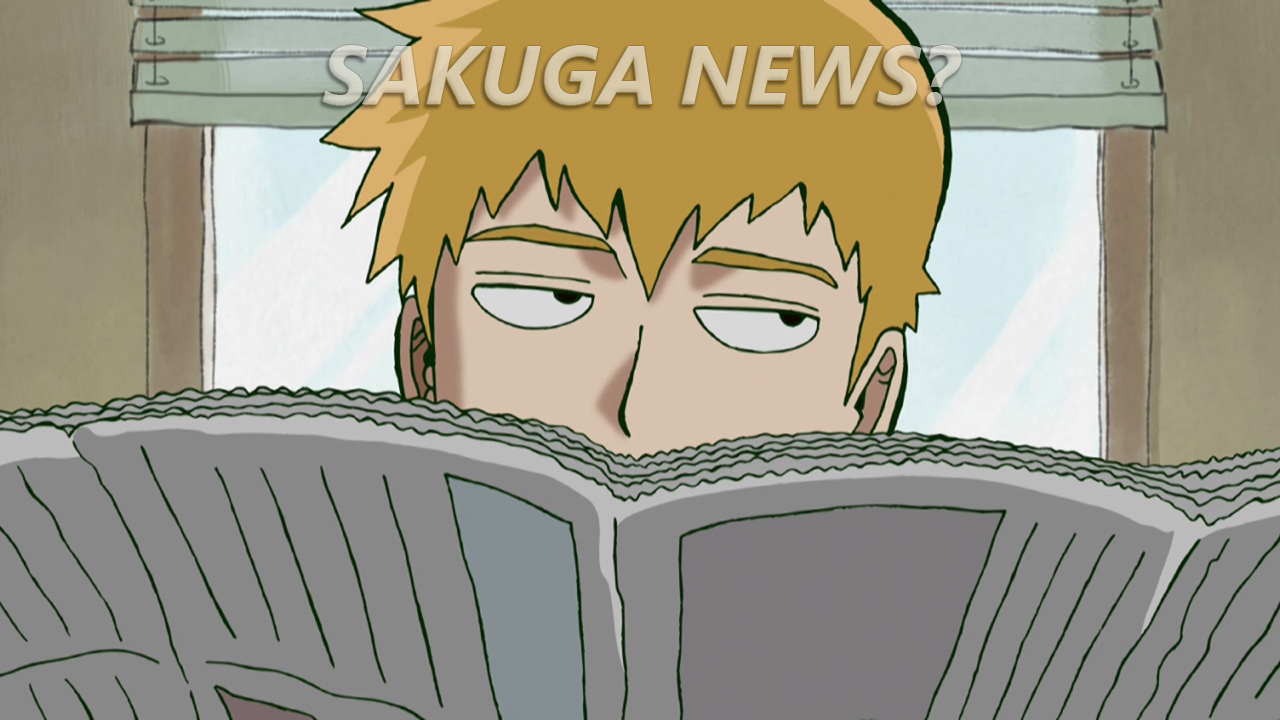 The poster claimed that Shingo Yamashita was planning a new work with Noriyuki Imaoka as character designer. That was very recently directly confirmed by Yamashita on twitter, as we already reported. Does that mean the rest of the post is legit too? Who knows, but I sure want to believe it is. Who wouldn’t want a new work from Masashi Ishihama and the return of Mitsuo Iso as director at Signal.MD?

The next series of posts appeared on 27th October 2016:

The poster here said Mahōjin Guru Guru would be getting an animated remake after more than 20 years. That’s a pretty bold statement, but guess what: it’s true, not just the existence of the series but its nature. I believe this series of leaks is very likely legit. The post before mentions a new Eureka Seven project in the works, which we had already heard about from a verified source in the industry.  The last post claims that Dungeon Meshi is receiving an anime adaptation at Madhouse.

Now we’re getting to the more recent ones:

Shingo Yamashita directing an original project was mentioned above. This poster claims it’s a TV series animated entirely digitally; this would also make sense, since Yamashita was explicitly assembling a digital production team. Perhaps a short anime? The second bullet point mentions Kazuyoshi Yaginuma (yagi) is directing an original TV series that will be announced after ATOM: The Beginning. The post also claims Keisuke Kojima (desuran) is supposedly doing character designs for a movie production, and that the title of BONES’ new original TV series is “Star Girls”. Well, we’ll see!

And the most recent one:

Frankly, these seem to clash with some other ones! Golden Kamuy receiving an anime adaptation at A-1 Pictures would be no surprise, but shouldn’t Noriyuki Imaoka be busy with Yamashita’s new show? Maybe he’s doing both, or maybe this rumor is just flat out fake. Tomoki Kyoda directing a big scale movie with Keisuke Watabe as character designer? That sounds fantastic, but what about the new Eureka Seven project? And Takahiro Shikama directing “dolls” project at MAPPA? I think they’re already busy enough with so many upcoming projects. This one has been mentioned a couple of times however, so there could be something to it. We know Shikama should be around MAPPA as well, lending it some credence. It’s always important to keep in mind that rumors making too much sense can be a sign that they’re something deliberately made up, though!

Today, a poster in that thread claimed Rie Matsumoto is directing an original anime at BONES with Satoshi Ishino doing character designs, slated for Summer. As you can see, there’s no end to this kind of rumors. Yeah, some of this stuff seems pretty ridiculous at first sight, but only time will tell which rumors are false and which true. For now, all we can do it speculate!

Is that rumored BONES title attached the mecha show (was it a mecha show?), or am I confusing that with something else?

Maybe? We know they’re doing mecha-something but this title might be fake. A grain of salt is needed with this post so I attached Reigen to provide it.

They were openly recruiting CG staff for a mecha anime (which doesn’t mean all robots would be 3DCG!), yeah. Not necessarily the same project though.

As a note on the Eureka 7 rumors: we’d actually heard about that firsthand months ago, supposedly it’s a film. In Newtype’s big feature about anime studio plans for 2017, Lay Duce mentioned they would help out their old pals for certain films… and they are BONES offspring. Funnily enough, the original E7 movie was coproduced by another studio that split off from them. Does history repeat itself?!

We’re glad some people liked it! There were tons more of rumors obviously, so we collected some that had already gotten something wrong or that we’d heard from elsewhere.

I would love another project led by Ishihama. Though I sort of felt like his past projects’ performance might have slightly soured his chances of getting one. That is probably just me not knowing how these things work though. It’s pretty hard to deny his talent as an artist, that’s for sure. Was Garakowa successful in any significant capacity? I saw BDs of around 5k, which seems reasonable.

It’s really hard to gauge a title like Garakowa, with such a limited release to begin with. Modest numbers, but perhaps that’s enough for a short film they didn’t push very hard? Hopefully Ishihama keeps finding work either way…though to be fair, that’s the rumor I doubt the most. The one point proved true is the yama x noriyuki collaboration, but that was given with no details and it’s two people that fans joke about a lot. Could have gotten it right by accident.

I love these kinds of industry news, tidbits and rumors. Please keep posting them! Oh, and maybe it’s just me (probably not), but it’d be cool if you could list one or a couple of notable works in brackets after a creator’s name. It’s not a lot of work to look them up, and I’d probably do that either way out of interest, but I’m still not too familiar with many of the semi-famous, not-yet-famous or influential-but-not-famous people in the industry, especially those without director (or composer) credit, so doing a database search every couple of lines kinda breaks my… Read more »

Ideally we’d have a staff database integrated into the whole site, both the booru and this blog, but that’s quite the massive endeavor. We could start adding people in the same way we have production term tooltips but the system isn’t really meant for that. We’ll try to do something about this.

Could it be that the new Eureka7 project is that pachinko anime? And maybe that movie from Bones is Space Dandy? They were searching for producers, and we didn’t hear of new stuff from Shinichiro Watanabe. Shingo Natsume is super busy though.
Great post by the way, I absolutely love rumors and leaks. 🙂

liborek3: i can’t believe the AO special ended with a “cliffhanger”
liborek3: and a fucking title drop added to it
liborek3: this is some next level trolling
kViN: play the pachinko to find out what happens
liborek3: kvin
liborek3: the last fucking line
liborek3: is literally “let’s begin the operation astral ocean”

I feel like I got more entertainment out of this than I would have actually watching the special episode.

I hope that Rie Matsumoto one is true T.T

So the eureka 7 ao special ended with a cliffhanger and this so called movie will be like a sequel? Or nobody knows yet

Quick question – what was the source from the industry you heard about the new Eureka Seven project?

The same acquaintance who told us about Gundam Origin’s director getting fired, which I wrote a post about. He works at a certain studio.