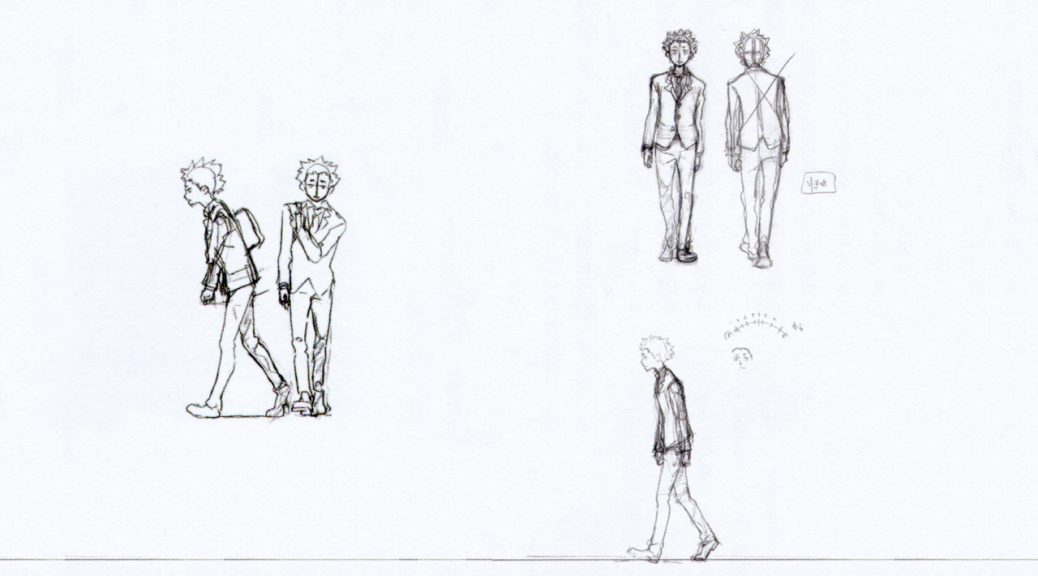 The daily Koe no Katachi / A Silent Voice staff interview brings us to a department that isn’t only overlooked by the fans, but also tragically undervalued within the industry itself – an issue that is at the root of many of anime’s working conditions problems. Let’s explore the in-betweening stage through its main supervisor for this film.

What is the job of an in-between checker?

In-betweening is the final step in the drawing process; it fills the gap between the key animation, which portrays the key points of movement, in order to complete the motion as smoothly as required. The checkers supervise the drawings, ensure that the movement is drawn according to the plan of the key animators, and check that there’s no out-of-place lines. Each individual line is checked to make sure that they all come out when it’s converted into video. Upon looking over the finished in-betweens, the checker will either approve them, make corrections themselves, or send them back to the animator in charge with instructions to correct them if necessary. 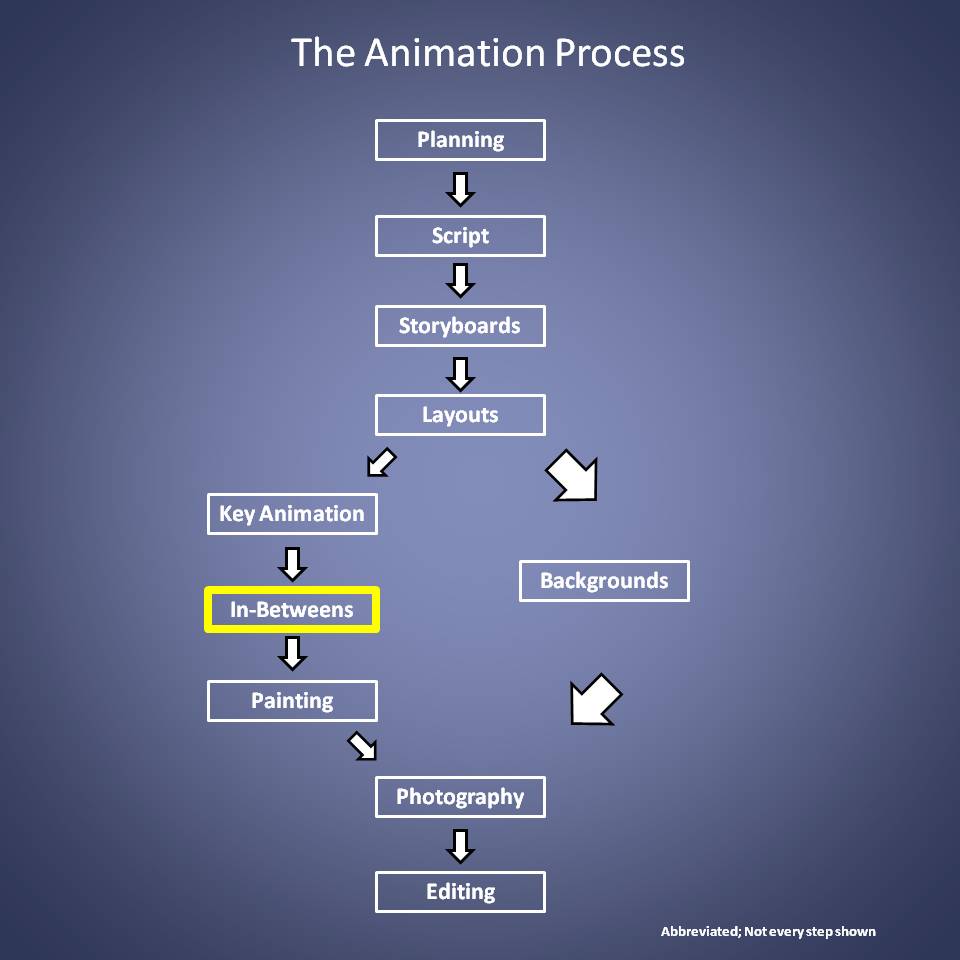 – What kind of discussions did you have with the director?

At the beginning of the production the director was concentrating on the storyboards, so my first talks were with the character designer Nishiya-san instead.

My discussions with the director started in earnest once we began the in-betweening process and we reached the point where we had to prepare the in-between attention points;  those are materials put together for each production so that there’s a commonality between the in-between staff for that work. For example, each title may differ in how they present fundamental movements like walking and blinking, plus you want to match the quality of the linework with the atmosphere of the work itself. There’s also a link between the way in-between lines are drawn and the painting process that occurs afterwards. Because of that, the director meets with every department’s main staff during pre-production and they talk about elements such as the basis of movement, how to draw the lines; that kind of thing is summarized into those in-between attention points.

For this film, the director constantly talked about wanting to present everything delicately and softly. Previously, our orders had been that the directors wanted sharp lines, but this time we were told the opposite – “Make them rounder by any means, rounder!”

– As an in-between checker, what did you think about while working?

I was incredibly fixated on how Shouya walked. As soon as Nishiya-san drew the image of Shouya, before the in-between work itself started, everyone on staff was continually practicing how he walked in order to capture that feeling. High school Shouya walks with a hunched back and drooping shoulders, and his body looks as if he has no ambitions at all; it’s a completely different walk from when he was in elementary school. The way someone walks is part of their personality and character, and everyone was able to share a common image of how he moved before we began the in-betweening stage. That allowed us to bring together a near common representation. This isn’t something that we’d done for a TV series before, so this is one way we worked together to increase the quality of this entire movie.

– Were there any scenes in particular that you were fixated on?

I talked with Nishiya-san about which sides of the character’s emotions he wanted to protect the most in the animation. Handling the nuance contained within the lines and motion from the key animation in order to create good motion is the job of an in-betweener. If that nuance changes in this stage, then the characters themselves change, meaning the in-between staff must protect the original intent present in the key animation. In the end, whether the character (figuratively) lives or dies is dependent upon the in-betweens, so I always readied myself when working. To speak of one scene in particular, the director was fixated on the presentation of tears when Shouya meets Shouko once again on the bridge, so there was no way that I wouldn’t make that as beautiful as I could.

I also put a lot of effort into preserving all emotion in major scenes like the close-up of Shouya’s face when he’s pulling Shoko up after she falls from the balcony. When we deal with cuts like the water plant and crowds of people, we may not be able to be draw a lot of frames in a single day because each page has so much density to it. Even still, our reliable in-betweening staff continued to draw without compromising quality to the very end.

– How did the in-betweening department handle the presentation of sign language?

Since this is a title where sign language is of utmost importance, we endeavored not to draw images where the meaning was ambiguous. This wasn’t that difficult as in-betweeners, though; we would take the corrections from the sign language supervisor and spend time redrawing what was needed to make it clear. If just one of the drawings is different in motion, then the meaning of the sign language changes, so in-between work progressed while paying close attention to the position and movement of each finger.

– Finally, please tell us your thoughts now that the movie has finished production.

There’s pressure working as the main in-between checker on a movie, but I was able to keep it up without ever giving up on my fixations until the very end of the production schedule.

Everyone in the in-betweening department came together as one and put their abilities to their best use. I take pride in that camaraderie.