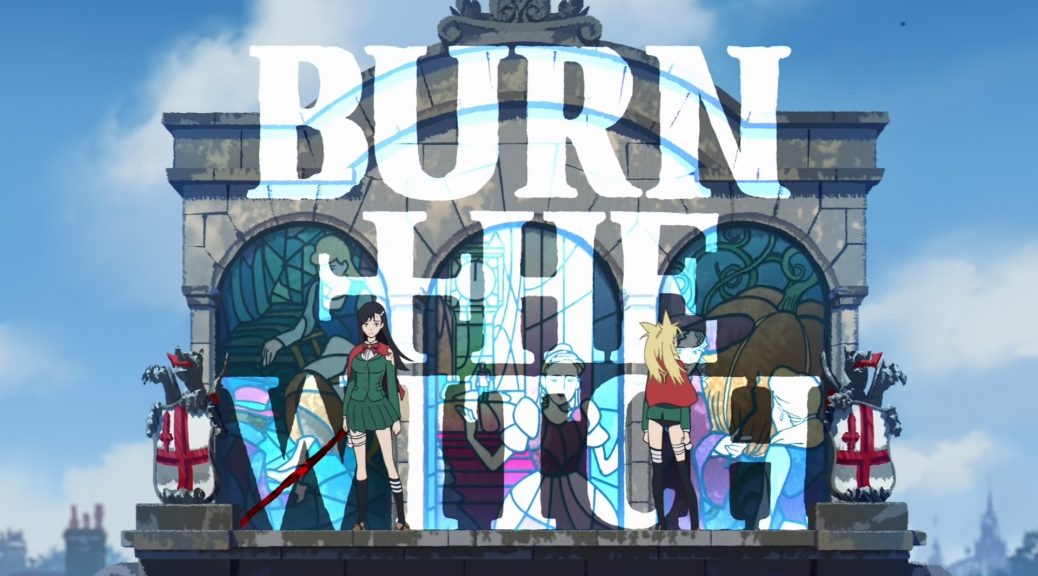 Studio Colorido’s Team Yamahitsuji has been on the news after the reveal that they’re producing a movie based on Tite Kubo’s BURN THE WITCH – but who are they, and what are they adding to a studio that already stood out for their digital animation mastery and positive work environment?

A couple years ago, we published an in-depth piece about Studio Colorido’s evolution ever since they started releasing their own works – only half a decade at the time, but already a packed period of animation history. Contrary to what you might think when looking at a studio whose works have such a clear identity, Colorido wasn’t founded by a group of artists with a shared vision as is standard, but rather by a producer by the name of Hideo Uda. His goal, to create a space where creators could do their thing comfortably without worrying about the anime industry’s systemic problems. Not a bad dream to have! 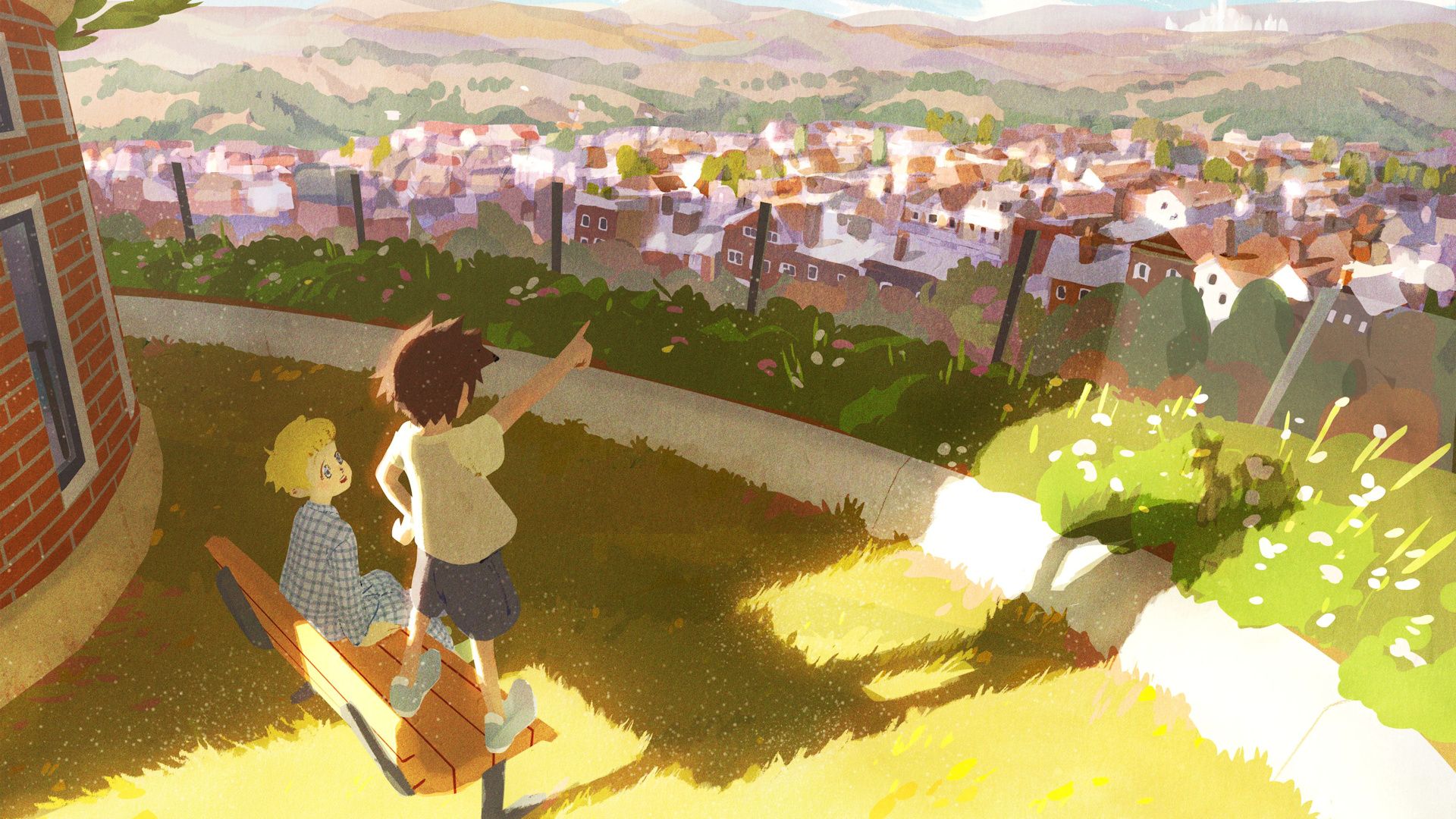 In an alternate timeline, Uda might have built that studio around the figure of Takashi Nakamura: an eternally underappreciated animator and director who almost singlehandedly created Shashinkan, the solemn co-debut piece for the studio. Colorido could have been a studio where veterans like him gathered to make things deemed unmarketable elsewhere – which had happened to Shashinkan before Uda rescued the project – balancing traditional craft and experimentation. It’s easy to imagine a future where they built an idiosyncratic hub similar to Studio 4ºC with Nakamura at the center.

As interesting as that sounds, I find it hard to complain about the path that Colorido ultimately decided to take. Which is to say, an all-in bet on the future. It was instead Hiroyasu Ishida, an artist with barely any professional experience but whose soaring imagination had already captured many viewers online, who became the studio’s de facto leader. Other young creators gathered around him, and thus the studio settled on a path to accommodate for their needs; having noticed that the coexistence of analog and digital methods in the industry leads to major inefficiencies, Colorido made it their goal to achieve a fully digital pipeline – a dream they’ve been close to fulfilling for a while. If reading the aforementioned piece or this summary has picked your interest, I wholeheartedly recommend going through their lovely portfolio.

While right about everything we said back then still applies, things have changed somewhat since then. Yojiro Arai, Ishida’s right-hand man who was responsible for a few of the studio’s works and the palpable Ghibli influences on their aesthetic, has left to create a studio of his own. His new venture is FILMONY, a small company dedicated to the production of commercials and short films. Mind you, he’s still cooperating with his old pals, as proven by the fact that he directed the second episode of Shingo Yamashita’s Pokemon: Twilight Wings – meaning that one of FILMONY’s first subcontracted works happened within a Colorido production. Regardless of where people are currently stationed, bonds forged in the anime industry are hard to cut.

If losing a key member of the studio in its inception like a step back, though, you can be reassured that they’ve found ways to grow as well. Colorido is now split into three substudios, one of them completely different from the rest. Their studio in Kokubunji might appear unassuming since it only holds a handful of artists, but its significance becomes clearer once you realize that they are the members of their newly founded art department. The bucolic greeneries of Colorido’s works are an inseparable part of the studio’s identity, so making sure they’re in good hands by training an in-house art crew attuned to their needs is a great development for the studio. 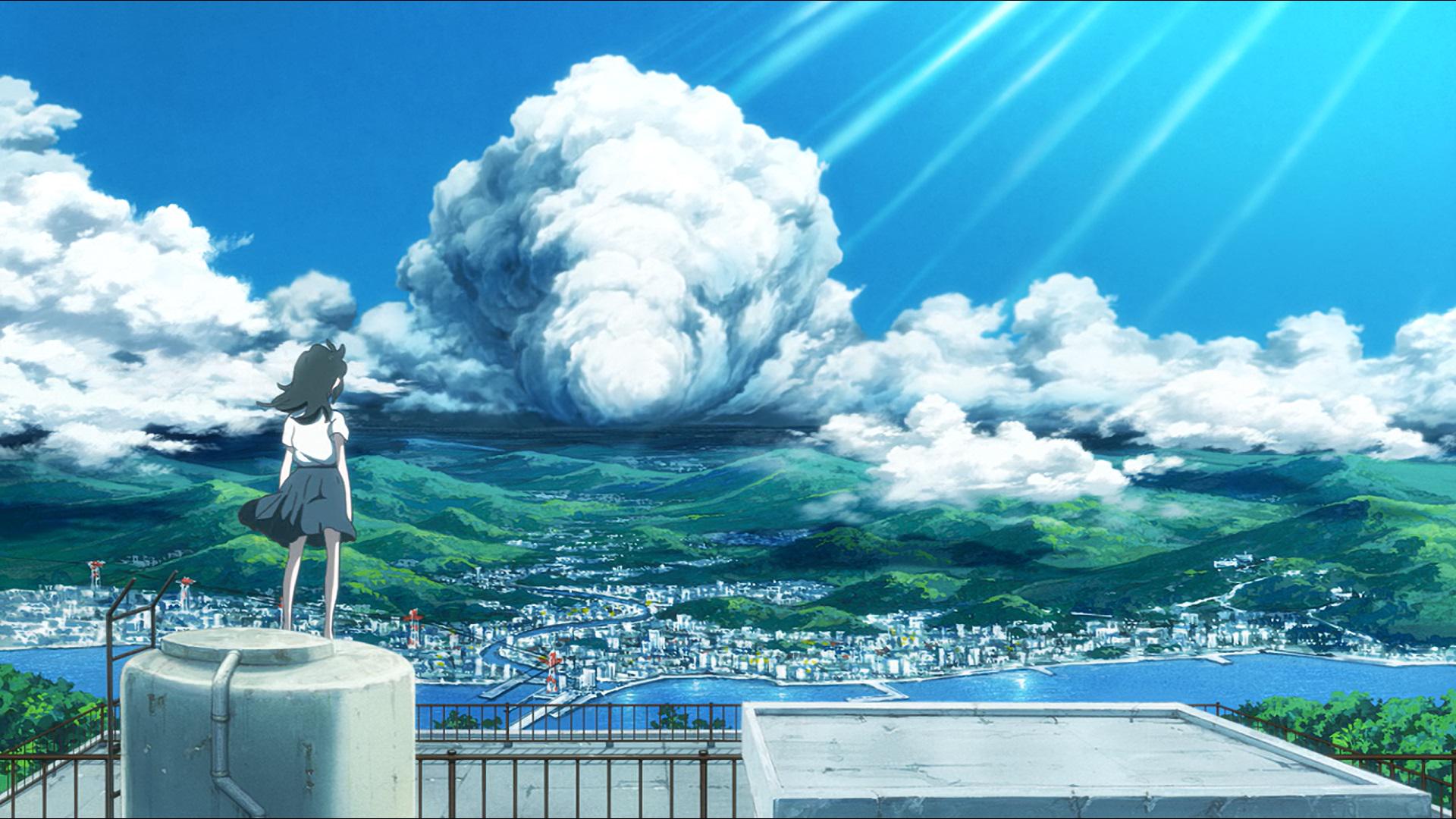 That said, it’s another Colorido team that happens to be most relevant right now. One that now also occupies a location of their own, having quickly evolved into a proper substudio capable of leading projects. So, who are they?

As of the writing of our previous article about Colorido, the studio had just officially unveiled Team Yamahitsuji, who had just produced Boruto’s dazzling fourth opening. That crew was comprised of just a handful of creators who, after gathering a few months prior under the temporary but very telling name Team Kawano, posed to revolutionize Colorido yet again. It included Natsuki Yamada, a Tatsunoko-trained animator who captures the simple joy of movement so well that she’s already become a leader of sorts for their animation duties. Taiki Konno – I think I can spare you that introduction – was also a member of that initial lineup, alongside wild fledgling director Yuji Shimizu and digital artist Takashi Nakamichi, who bridged the gaps between disciplines as is often the case in modern environments.

And of course, there was the leader of it all, Tatsurou Kawano. Although shocking, his decision to formally join Colorido and head a team of his own was something that made a lot of sense. After all, Kawano had known Ishida for over a decade, as he was his junior and close friend back at Kyoto Seika University; Fumiko’s Confession, the work that had launched the latter into online stardom, was actually a chimera production between the two. Much like his senior, Kawano went on to grab attention right off the bat: his graduation work LOUD HOUSE caught the eye of many animation fans, and he didn’t take long to win the Animator Dormitory’s yearly prize for rookie artists. Kawano’s loose approach to animation, and a profound reverence towards the works of Shingo Yamashita that’s only become more apparent after he has started handling directorial tasks, charmed fans and artists alike. After all, Kawano has spent years self-publishing books with the most brilliant artists of his generation under his personal circle – showing that he had the pull that a director and studio leader needs before the opportunity even presented itself.

At the time, Team Yamahitsuji seemed like an exciting prospect for the future. They fit nicely within Colorido’s framework, as they’re also a group of young digital artists, but they clearly add new flavors to the mix. Having matured on action titles like Yozakura Quartet and Kabaneri, Kawano can conjure exciting chaos that we rarely see in all the Colorido works inspired by Ishida, who comes across as soothing and peaceful even as his characters are launched across the sky. As well as they work together, they favor different things, and that was eventually going to have an impact in the titles Team Yamahitsuji would handle.

And that brings us to the present, after a year where the team has undergone some changes. Konno and Nakamichi have distanced themselves somewhat – though I’d bet on them still helping out in some capacity – while they’ve hired four new members: three promising animation trainees in Kotono Hirai, Karen Nozawa, and Haruka Yutoku, and a more experienced animator like Fumika Watabe, likely due to Tatsunoko connections. The most important change, however, was one that wasn’t made public… though in retrospect, casually dropping location hunting photos featuring London back in June 2019 was a strong hint.

Lo and behold, Team Yamahitsuji had actually spent a long time preparing a theatrical adaptation of Tite Kubo’s BURN THE WITCH, his one-shot now expanded into a short serialization and mid-length movie as part of Bleach’s 20th anniversary project. This is precisely the kind of project we would have never seen from studio Colorido before, but now that they have a separate team under their umbrella with plenty of experience in action shonen titles, projects like this become a real possibility. I’m aware that it’s easy to be skeptical of Kubo’s long-term storytelling – and more short-term issues, like the fact that BURN THE WITCH’s one-shot is emotionally anchored to a guy who does nothing but screaming about panties – but it still feels like a particularly good fit for this team. Not only can they animate some kickass action, but much like Kubo, they’ve also got artists who excel at fashionable art; Yamada is a great pick for a designer due to the gracefulness of her drawings, and even the aforementioned newbie Hirai has contributed to fashion art compilations.

You can already see Hirai’s style in her graduation work from 2018, before she even joined the studio.

It goes without saying, but despite this piece highlighting Team Yamahitsuji and their members, it’s not as if they’re going to be alone making BURN THE WITCH – or any future projects for that matter. For someone like Kawano who’s always had an extraordinary ability to gather artists from all over the place, it would be very out of character to isolate his new substudio. Colorido members will of course be participating, as will plenty of freelancers; one of the most interesting already confirmed members is Keisuke Okura, who surprised everyone appearing out of nowhere with his charming Pandora & Akubi designs last year, and will now be handling Kubo’s always fascinating creature designs. Chances are that he’s only going to be one of many cool guests!

Regardless of how you feel about this project in particular and Team Yamahitsuji’s inclinations in a more general sense, I can only see their addition to Colorido as a positive, downright exciting development. Even with Ishida staying mysteriously silent, fans of the studio’s established style have plenty of projects to be happy about, like the latest entry in the FASTENING DAYS series, Pokemon: Twilight Wings – its focus on the environment is pure Colorido and very refreshing for the franchise – and the upcoming original movie NakiNeko, which they’d been working on for a long time. And, in addition to that, the studio now has a chance to cater to a different audience, all while providing Kawano’s excellent team with a good working environment. It’s not going to be easy to convince me that this is not a good thing!

can this studio maybe make bleach 2020 too?

Considering their size they quite literally can’t! If they got to make an OP/ED like with Boruto I’d consider myself lucky already.

this is only tangentially related, but you’d be the most informed person and it IS about studio colorido so i must ask: do you know if junichi sato’s position as nakineko’s director means he’s joined studio colorido as a staff member? or is that on a freelance basis (or something else?). i was shocked when i saw his name attached!

Just freelancing. A fair number of Colorido titles are directed by complete outsiders like him, then there are those by individuals who aren’t fully-fledged employees but who are stationed at the studio for a long time (think Shingo Yamashita right now with Pokemon Twilight Wings), and then there are of course those by the core in-house directors. Nakineko’s being codirected by Tomotaka Shibayama so I’d expect it to have an interesting mix of Colorido’s usual flavor with SatoJun & Okada’s very distinct styles. Sounds intriguing!