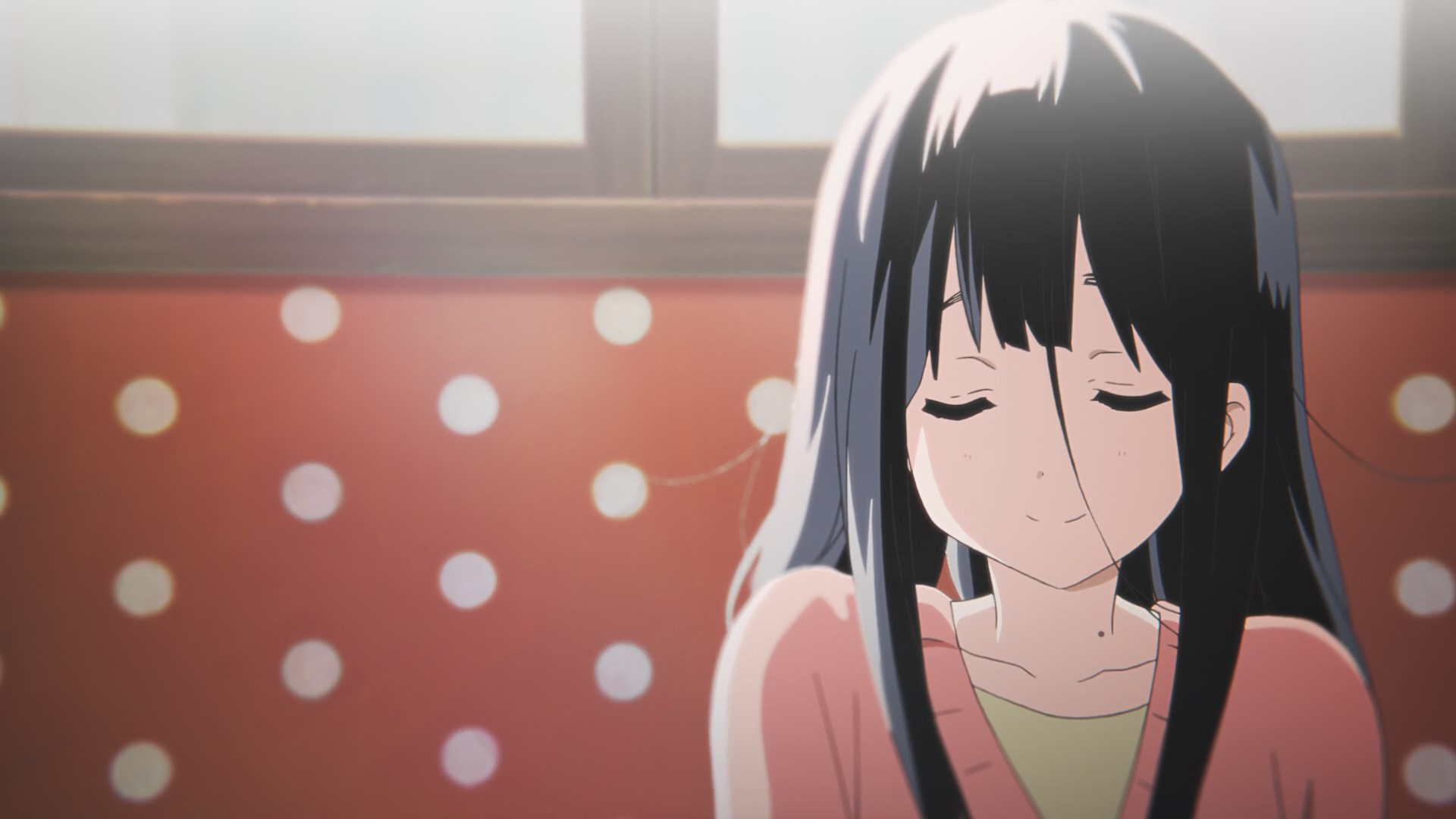 After the special post last time, megax‘s weekly translations of production insight on Naoko Yamada’s work are back, returning to the Tamako series once again.

– You participated in this franchise as a series composer. Please tell us, starting with Tamako Market, did you have any requests or the like from the director?

At the beginning, Tamako began as plans for a movie production, but we started wondering “can we do that without having done a TV series?”. Director Yamada mentioned “let’s make this a project where we don’t depict a dark side” so I thought it would be nice to make it an energetic production as well. I did everything to build a world packed with wholesomeness, humanity, and the softness that’s lost in many shows today.

– The intial plans were for a movie? Tell us a little more about the starting point for the Tamako series.

It started as a love story between Tamako and the Prince at first. The fantasy element was a bit stronger then. It would have felt like a fleeting romance like in Roman Holiday.  As we weren’t sure we could make it without a TV series, corrections were added.

– The director mentioned receiving a “series composition plan.” Did you prepare all 12 episodes for her?

I received the original plan for the movie from the director and then used it as the base to assemble a plot for it. For the TV series, I would make the base of the composition for the series and then we would build from there at the meetings. I added Midori and the other classmates since the producers requested that we take place at the school more.

–  When assembling the entire series’ composition, were there any points that were difficult or that you struggled to create?

I worried over how much to insert the shopping street as a stage for the show. At first I wanted it to feel like it was a human nature show about girls who lived in the shopping street area, but it felt like it would be hard to make stories about that.  If it came to sales, then stories about money would be entwined with that.  If we mentioned success/failure, then it felt like it would come off as phony.
I also wanted to tell more about the baton club, so I was very grateful I could mention their stories in the novelization.

– Continuing from that, please tell us about Tamako Love Story.

We aimed to depict the inside of “Tamako”, who we didn’t focus on in the TV series. We wanted to show how she would respond when things changed. The director wrote a phase on a memo pad that really resounded within me. “I want to depict Tamako standing at the entrance to the universe.” She’s just a daughter of a small mochi shop owner in a small shopping street.  I eagerly wanted to depict that girl encountering a world she had never known before and venturing outside that shopping street.

– Did you use that key phrase “Tamako standing at the entrance to the universe,” as a base for how the movie itself would be structured?

Yes. I got excited over imaging this girl from a small shopping street feeling like she’s standing in a universe where she can’t see the edge and she doesn’t know which way is up or down once she encounters a world she never knew.
The first time she feels something. Vague emotions she’s never experienced before. Unease. Fear. If we could depict all of that, then I thought it would be a very vibrant adolescent film.

– How did you think of such charming scenes or dialogue when you were writing the script for Tamako Love Story? Is there a secret method to how your ideas pop out?

As you would think, the paths that the characters took throughout the TV series had a big effect on the film.
Since it was these characters, it felt like the dialogue and scenes would come instantly to me. I’d think, if it’s this time and these people, then they would say this.
Shiori-san’s line about Tamako having a cold was a line from the director’s memo pad, but I thought it would be nice since that kind of sharp, logical, but still incorrect response would bring out the good side of Shiori’s character.

– Tamako Love Story delicately depicts the growth of each character. What did you pay attention to when detailing the stories of the main characters (Tamako, Mochizou, Midori, Kanna, Shiori, Anko)?

I thought it would be nice if the other characters besides Tamako and Mochizou would be standing at the entrance to the universe a little, so I portrayed them thinking about their futures.  They’re short scenes, but I wanted to pay attention to them as individuals and portray them as they are.
I set that up in particular in the conversation they have on the way home, which is like “this girl is that kind of girl in the group.”

– Yoshida-san, what do you imagine as being “representative of each girl?”

Tamako is the kind of girl who became a high school student despite putting off her own growth.
Midori has a good mind and leadership, but she’s a girl who hasn’t found what she’ll do in the future.
Kanna is someone who lives according to how they feel, but also looks around them a surprising amount.
Shiori-san is a girl who can’t skillfully put what she’s feeling into words, but she wants to somehow change herself. It’s a nice Romanticist point.

– Looking a bit into the future, how do you see everyone spending their days?

Tamako and Mochizou would have a long-distance relationship, right? When you’re separated, you have various worries about each other, but at the same time, thinking about that person makes you happy.
Midori is probably doing her best trying to find her own path in life.
Kanna is likely enthusiastically helping her father’s business and studying here and there.
Shiori is overseas and bravely expanding her own horizons. 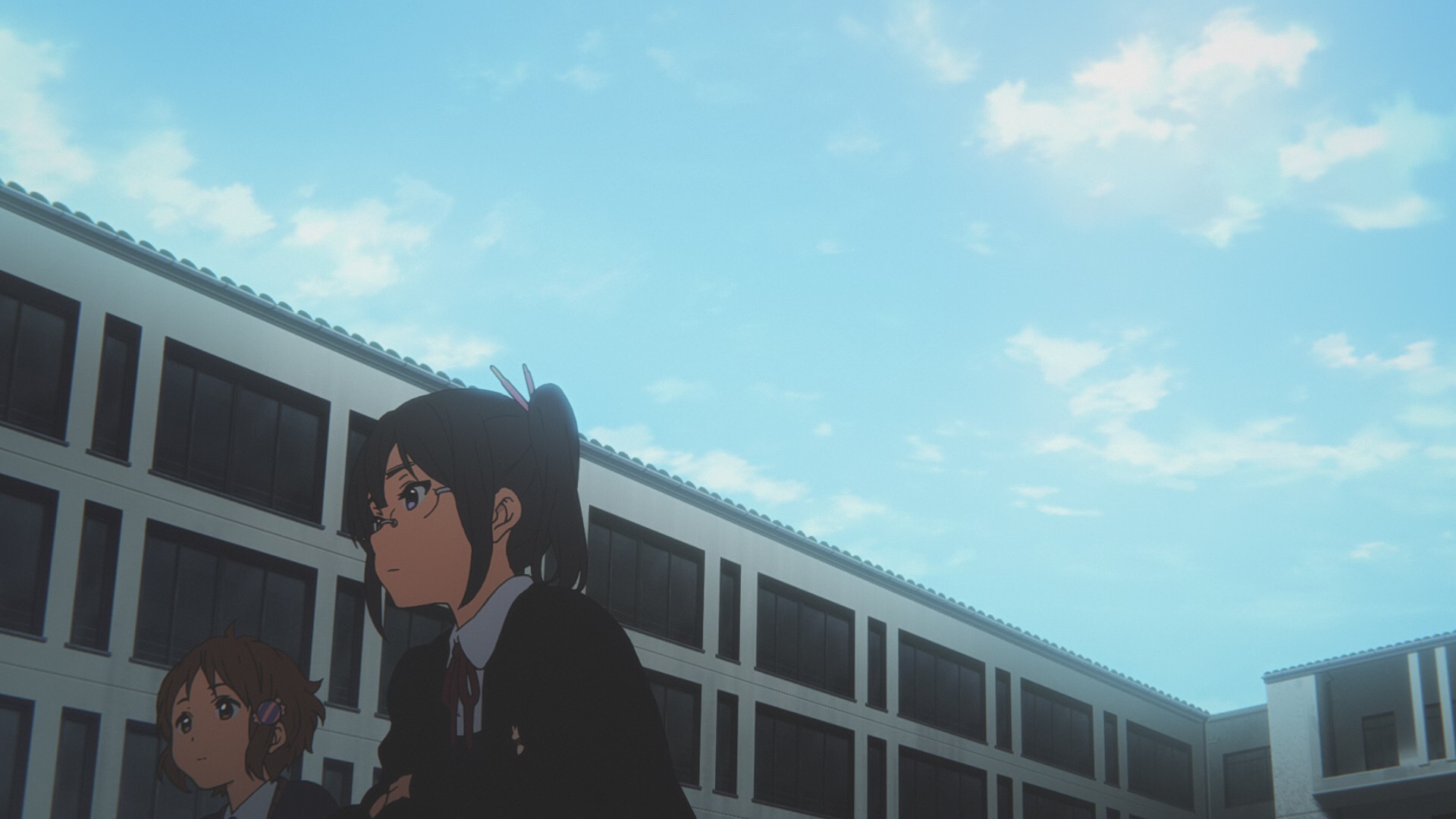 – What were you aware of when you were allocating specifics to each of the surrounding characters in Tamako Love Story?
Each of the storekeepers has their own traumatic experiences like Tamako’s family has had. I’m very curious how and where Michiko-san and Gohei-san met and eventually fell in love. I think the florist-san likely came from a different city. The udon clerk has experienced the bitterness of life, so does he have an estranged wife?

– Please tell us your best three scenes from Tamako Love Story that you’re attached to.

Number 3 would be the scene where Midori and Kanna climb the tree. Looking from atop this little high spot and the scenery has already changed. The two girls venturing up into an unknown world is such an invigorating scene characteristic of teenagers.
Number 2 is the conversation between Mochizou and Tamako’s father in the hospital. That male bonding situation hadn’t happened before, so it felt fresh. It lets you see a soft spot in their relationship spanning time and connections. I think it’s wonderful.
Number 1 is the scene where Anko watches as Mochizou shouts out. That distance and expression of Anko as she watches over Mochizou is so perfect. Writing their dialogues together was so fun. There’s an age difference, but since Anko’s mental age is so old, the difference between boys and girls comes out and they’re always entertaining together.

– In the movie pamphlet, you wrote “Dera (Heart) Love Story would be awfully dramatic.” Please tell us about that comment.

Since Dera is such a wonderfully kind-hearted bird, I think he’d do many things in order for his companion to fall for him. And so even if there are no feelings for him, he’d still go until he was exhausted. He’d certainly find a way to make the girl he fall for happy even if he himself was left with unrequited feelings. Wouldn’t he do everything he could think of?

– Please tell us the episode and character you are most attached to throughout the Tamako series.

Every time I remember Midori-chan in episode 2 and the movie, I feel how pitiful her story is… Everyone lives while carrying around one or two things that they weren’t able to resolve… and they slowly seep out of you. When you’re able to safely secure those issues in yourself, that might be when you become an adult.

– Episode 2 details that adolescent wavering of ones heart. What do you think Midori carries inside that’s “not resolved”?

It’s a complex feeling that you’re not able to name. It’s not just love. It’s not just friendship. It’s not just yearning.  If you believe it’s just “love,” then perhaps there’s only depression there if there’s no outlet for it. But I do think there’s a lot of various feeling mixed in with what she’s feeling.
With (Tagumi) Yamasaki’s performance mixed in, Dera-chan became a character who played around a lot. He’s an adorable character. I also ate one of the Dera-chan cakes that were part of a tie-in and I also bought a Dera-chan cell phone strap, a Dera-chan cell phone cleaner, and many other goodies…. I definitely want to write a story oriented towards children with Dera-chan as the protagonist.

– Now that Tamako Love Story has finished, what episode featuring the characters would you like to write?

I would like to write a bit about Mochizou and Tamako’s long distance relationship. Surely Mochizou would become irritated venturing into an unknown world. He might write her a text while crying. I’d like to write that kind of negative feeling. That Tamako story would also be adorable.

– What kind of work is the Tamako series to you, Yoshida-san?

It might be a return to my starting point.
I love the sound of the ukulele, but I don’t think it’s good to be at a point where you always write stories that feel like they’re strung like an ukulele. When you play a sad song on one, it sounds somewhat sweet and a majestic tune could hurt quite humorously. Tamako may be fun and sparkling, but it’s also a work that has some bitterness mixed in with the fun things as well.

– When you said “return to your starting point” what kind of part of your beginning did you mean?

My very first story that I wrote when I came into this industry was a radio drama about girls who wanted to wrestle. It was a right-of-passage type story. Though the tone and feel of it is different to Tamako, it felt like Tamako resembled that story a bit.

– How was participating in the Tamako series? Please tell us your thoughts on working on it.

– Then how was working on the series?

At first, we went through many different trails from the beginning plan, but having reached the movie, it was very fun.
Assisting the prep work for the background art for the shopping street in particular was amazing. I was able to go to so many places I’d like to go back to. I miss the location scouting and the sweets stores and udon stores we went to.

– Please give a message to all the fans of the Tamako series.

This is a story about a small world, but it’s a work that the staff made with lots of love.
Thank you very much for allowing this small shopping market to be brought out into the world.
It makes me happy that people were able to gradually think of it as “oh, this is tasty” like a deep-fried croquette. 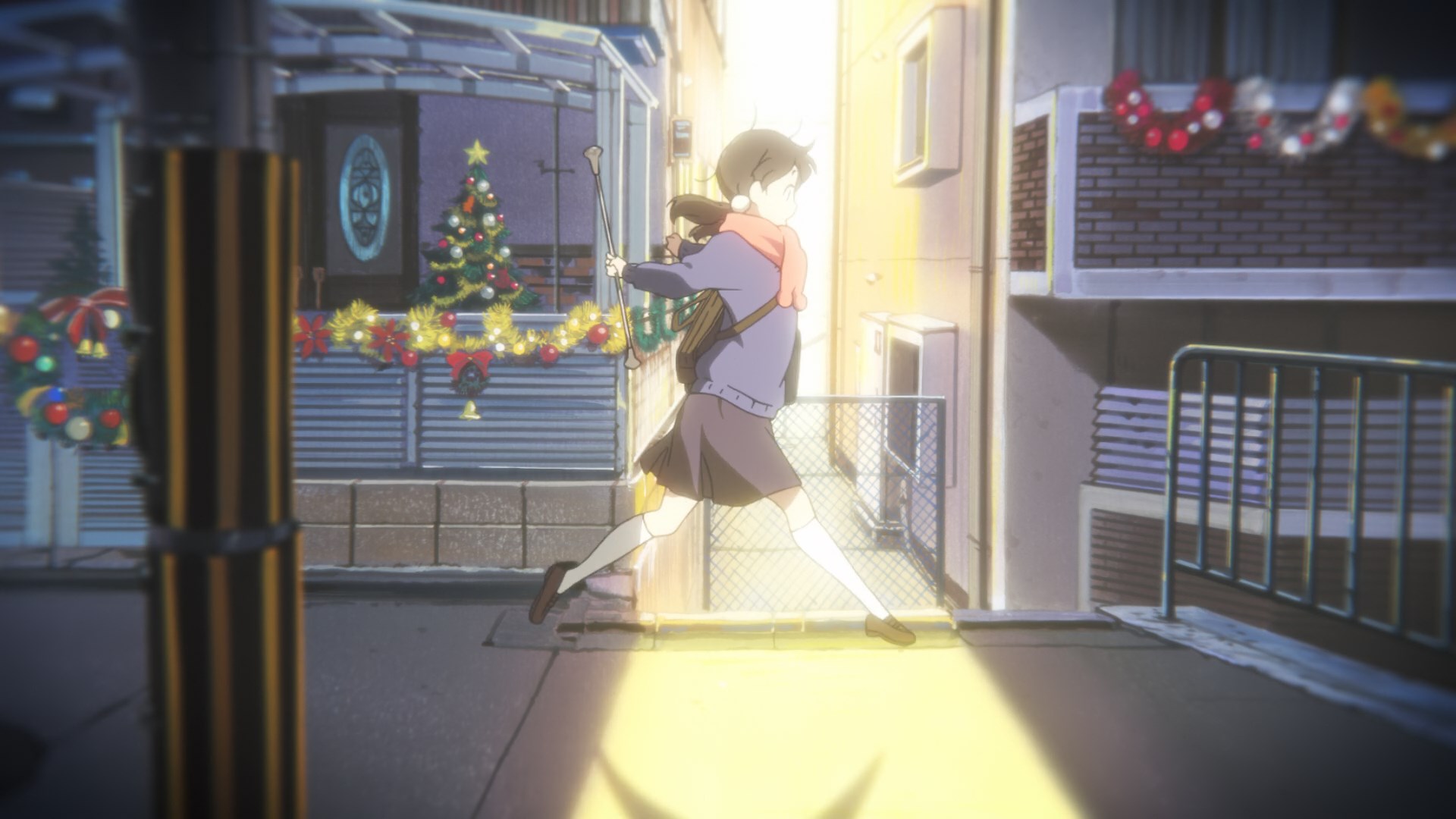