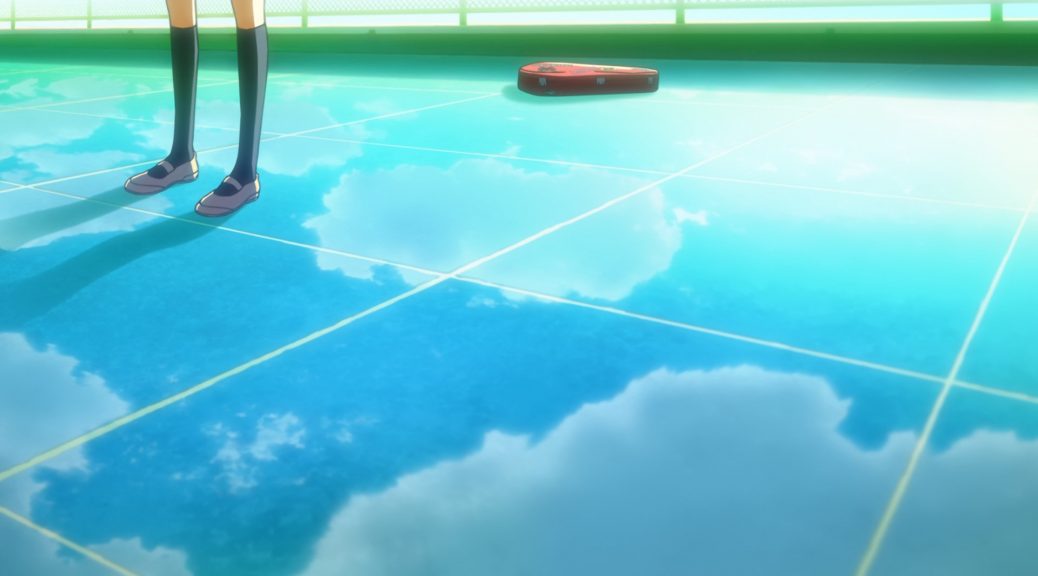 Our column to highlight the special individuals this industry is placing its hopes into is back, just in time to talk about the animation beast who key animated the entirety of The Promised Neverland‘s latest episode – and that’s far from his greatest feats! Let’s talk about Ryosuke Nishii, one of the most complete character animators from his generation!

It’s been a while since our last Anime’s Future post, but we couldn’t miss this timely chance to talk about an artist we love. Ryosuke Nishii’s a bit of an atypical choice us, admittedly. I’ve always favored those creators who dab into directorial and design duties as well, while my colleague libo’s focus on pure animators was limited to fields that have a shortage of newcomers; after his strong appearance in SSSS.GRIDMAN, I’m sure you can understand why he’d put emphasis on Kenta Yokoya. It’s not as if we think less of animators – now that’d be a worrying attitude for the SakugaSakuga (作画): Technically drawing pictures but more specifically animation. Western fans have long since appropriated the word to refer to instances of particularly good animation, in the same way that a subset of Japanese fans do. Pretty integral to our sites' brand. Blog to have – but after the internet and globalization of production have increased this industry’s accessibility tenfold, there’s simply no end to anime’s pool of skillful animators. And hence why it takes one-of-a-kind unique artists and exceptional youngsters representative of recent trends for me to single out animators as new fragments of hope for anime.

Is Nishii one of those, then? Not quite, or at least not in the same way as his predecessors in this column were. He’s a character animator through and through, with a fairly distinct style but not fundamentally different from his peers. While he was one of the most distinguished examples of a fascinating industry trend a few years back, that movement’s quietly vanished already, so there isn’t much insight to gain about anime’s state at large by observing him either. And yet he’s managed to tower above his companions and quickly earn a reputation as a special weapon, an extraordinary individual who absolutely deserves to be talked about. But enough cryptic meandering, let’s take a quick look at his career, style, and how he earned that reputation.

Ryosuke Nishii originally attended the illustration department at Seian University of Art and Design without much of an interest in animation itself. It wasn’t until his upperclassmen at the broadcasting club egged him on that he started growing intrigued about the allure of animation. That snowballed to the point where, while moving up to his fourth year at university, he singlehandedly animated a charming piece by the name of Souki Monochrome; Nishii even got to present it to the sixth edition of the TOHOCINEMAS Student Films Festival, a still ongoing initiative by the massive distributor to highlight youngsters with massive potential from all fields related to filmmaking. Can’t deny their eye when it comes to future animation prospects, since they keep noticing artists like Nishii and Shiori Mizutani faster than anyone else!

As it tends to happen with personal projects like that, Souki Monochrome embodied many of his core traits and preferences. And no, I’m not talking about Hana and Gin from Tokyo Godfathers making a cameo appearance in the very first cut, though I’ll always approve of paying reverence to Satoshi Kon. The pure Nishii flair in the short film comes from smaller details instead, like the rugged lineart – one that’s tragically smoothed out in many of his works but that we got to enjoy in its full glory when he contributed to Masaaki Yuasa’s Ping Pong – and the weight of the clothes. There’s something to admire from a technical standpoint to his innate understanding of follow-through principles of movement, and as a visual storyteller, it’s neat to see that his focus on expression through gesture had been there ever since his amateur stage. Though perhaps the biggest conclusion we can draw from his earliest work is that there’s always been a soothing, almost therapeutic appeal to simply watching Nishii’s fabric folding in motion. There must be a secret brain itch that it scratches.

All those qualities, in addition to the complex layoutsLayouts (レイアウト): The drawings where animation is actually born; they expand the usually simple visual ideas from the storyboard into the actual skeleton of animation, detailing both the work of the key animator and the background artists. and polish beyond what one would expect from a student project, made many eyes immediately turn towards Nishii. 2012 was a key year for him, as he got to participate in the production of Nihonbashi Koukashita R Keikaku and made his professional debut despite never undergoing standard training. The importance of the latter goes without saying, but that music video was key to his career as well. R gathered a dozen of then brand new animators who’ve now become new animation stars – Bahi JD, Yuki Watanabe, Noriyuki Imaoka, rapparu, koya58, and so on – under the guidance of a mentor like Shingo Yamashita, which led to a short yet memorable music video and the formal start of the second wave of webgenWebgen (web系): Popular term to refer to the mostly young digital animators that have been joining the professional anime industry as of late; their most notable artists started off gaining attention through gifs and fanmade animations online, hence web generation. It encompasses various waves of artists at this point so it's hardly one generation anymore, but the term has stuck. animators. The net of relationships established back then still lives to this day – and that includes Nishii as well.

On the professional front, Nishii was similarly lucky, in that he was noticed by everyone’s favorite production assistantProduction Assistant (制作進行, Seisaku Shinkou): Effectively the lowest ranking 'producer' role, and yet an essential cog in the system. They check and carry around the materials, and contact the dozens upon dozens of artists required to get an episode finished. Usually handling multiple episodes of the shows they're involved with. More Shouta Umehara. At the time, studio Dogakobo was a rather subversive animation production company, and that came down to the practices of people like Umehara; if you were an artist who put their work out there and it caught their eye, it didn’t matter whether you were still a highschooler or if you’d never undergone traditional training, they’d come banging on your door to offer a job. As you might imagine, a crew like that was never going to let a talent like Nishii’s escape them, so they were the first studio to get him to work in this industry. His early professional cuts weren’t quite as adventurous as he had to adapt to an entirely new environment, but the same spirit remained.

Though always a freelance animator, Nishii kept a strong relationship with Dogakobo over the next two years, and that had a very obvious influence on the style he developed. You could feel his growth as a professional animator as he began understanding the standard workflow, since it led to new quirks of his like often requesting the photographyPhotography (撮影, Satsuei): The marriage of elements produced by different departments into a finished picture, involving filtering to make it more harmonious. A name inherited from the past, when cameras were actually used during this process. team to apply subtle, unobtrusive blur to his smaller smears, while leaving the more exaggerated ones where the silly theatrics are the main point mostly untouched. But above everything else, it was working alongside the cartoony aces working during the studio’s peak – the likes of bouncy master Masayuki Nonaka and the aforementioned smear magician Yuki Watanabe – that pushed Nishii towards a more diverse, rich style.

If you were to broadly classify Nishii’s style during the start of his career, it’d be fair to put him in the realism basket – not in his aesthetic of choice but rather the careful depiction of movement and awareness of physics. After spending his formative years at Dogakobo, however, chaos was thrown into the mix in the best of ways. By the time of Love Lab, Nishii would still respect inertia and the weight of clothes even when drawing impossible chases one could only see in the realm of cartoons. True to life gestures coexisted in the same shot as elastic, ridiculous exaggeration just fine. Kyohei Ishiguro, one of the directors who’s trusted Nishii the most, mentioned that his art doesn’t have animator vibes in the first place, that he disrupts the traditional understanding of the art because his animation skills have the flair of a sudden self-taught passion. And, outstanding technical proficiency aside, that might be the true appeal of Nishii’s work: the refreshing point of view of an artist unconcerned about traditional categorizations. Though he’s not presenting new techniques nor a whole new aesthetic, the combination of Nishii’s skill and that philosophy allowed him to become one of the greatest all-rounders of his generation.

Not content with just that, Nishii’s also started his theatrical career, as he was invited to Mamoru Hosoda’s Mirai and ended up animating an important sequence around its end. Working on movies is a common occurrence and one that wasn’t new for Nishii either – watch Doukyuusei – but here we’re talking about the much more select group of theatrical aces, who are much fewer in number and usually follow a very specific training regime before reaching those positions. Could Nishii bypass the traditional paths once again and become a big figure in Japan’s theatrical animation scene, after having already conquered TV anime production? I honestly don’t know if he will, but the goal of this write-up was getting across the idea that he can if he so wants. But no matter what he does, we’ll be over here to appreciate the work of one of the greatest character animators in the industry right now.

looking through this fellow’s tag on the ‘booru before i read the post, i was Very pleased to find kawori’s whole performance from kimiuso #02 in there–it always makes me happy to see accurate string instrument playing in animation, and aside from kimiuso so far only eupho (e.g. kyoani) and the occasional sakuga bonanza from go princess precure have actually delivered on that. but kimiuso #02 was delightfully robust and had the character acting energy to back up the audio and really sell that moment narratively for what it was supposed to signify in the text. (and then the same… Read more »

there is no vore in neverland.

That is, the recent Neverland’s episode is his work? Wow, that was awesome. I am not familiar with the original manga, but somehow he managed to make shounen at the same time serious, frighteningly intriguing, and at the same time amusingly fun.

P.S What anime is the first video from? Looks very familiar.

Thank you for your reply. As I understand, the second video is from the Love Lab’s adaptation?